Commercial operators, governments, and academic researchers worldwide are engaging in cloud seeding and other weather modification projects to try to influence local conditions. NCAR scientists and their colleagues are investigating efforts to build up wintertime snowpack in the western United States and bring more rain to drought-stricken regions around the world. 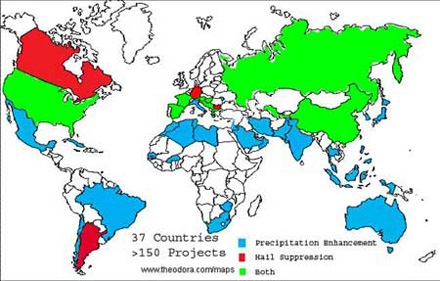 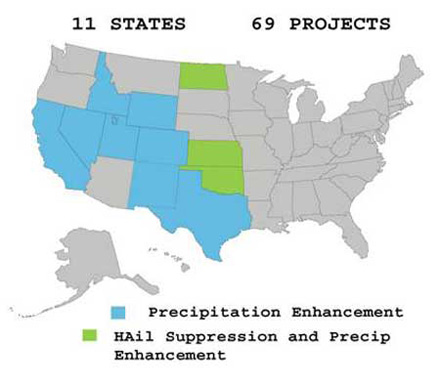 B. Weather modification programs operating in the United States

This map shows regions in the western United States engaged in precipitation enhancement and hail suppression. 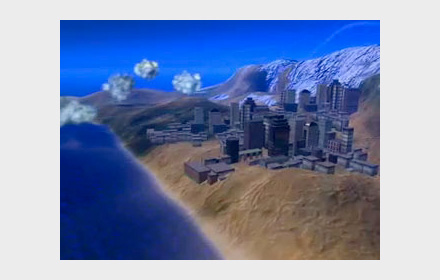 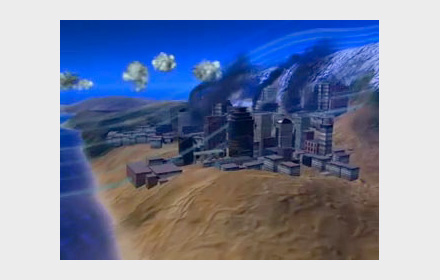 C. The impacts of air pollution on decreasing snowpack

A before-and-after view of inadvertent weather modification. This animation shows the detrimental impacts of air pollution on orographic clouds that produce snowpack over ranges like the Sierras that are downwind from coastal cities. Click on the images to view the animations. 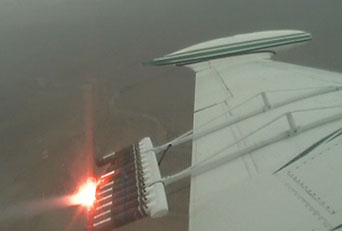 Flares mounted in a rack off the wing of a small research aircraft burn to release their water-attracting, or hygroscopic, particles during a cloud-seeding experiment. Hygroscopic particles such as potassium/sodium chloride create larger raindrops that fall more quickly, colliding with smaller droplets on the way and stimulating rainfall. Click on the image to view the video.