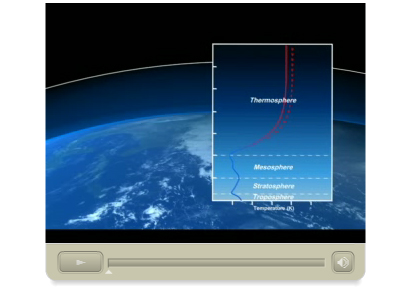 In this video clip, NCAR scientist Stan Solomon explains this phenomenon, which is illustrated by the animation.
(©UCAR, video and animation.) News media terms of use* 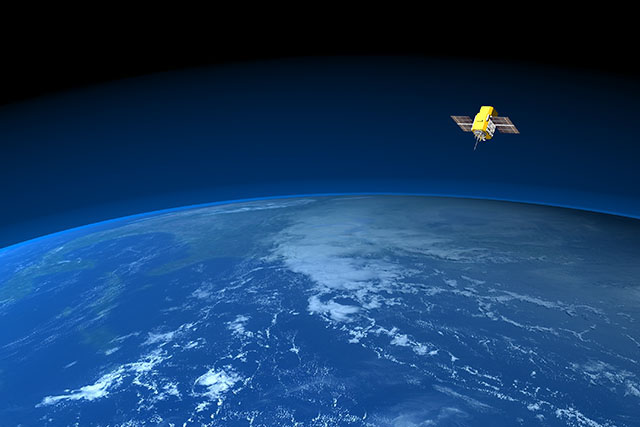 New research shows that the outermost layer of the atmosphere will lose 3 percent of its density over the coming decade, a sign of the far-reaching impacts of greenhouse gas emissions. As the density declines, orbiting satellites experience less drag. (©UCAR, illustration.) News media terms of use* 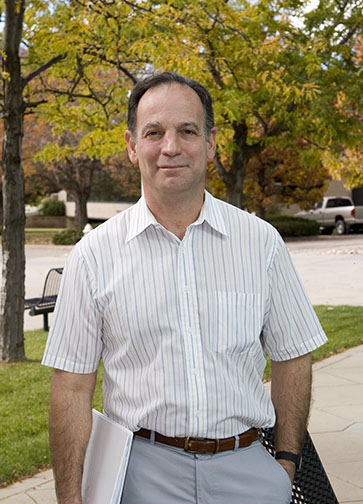