A set of six microsatellites, launched in April 2006, is probing the atmosphere in ways that have been impossible with previous observing systems. COSMIC (Constellation Observing System for Meteorology, Ionosphere and Climate) can boost the accuracy of forecasts of hurricane behavior, significantly improve long-range weather forecasts, and monitor climate change with unprecedented accuracy. 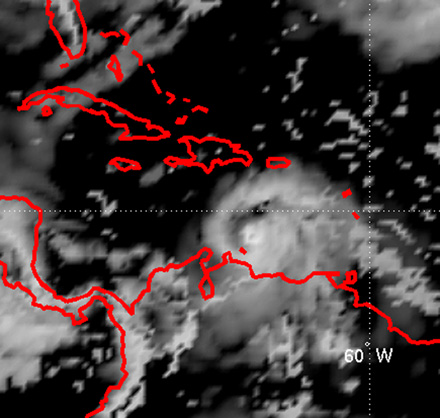 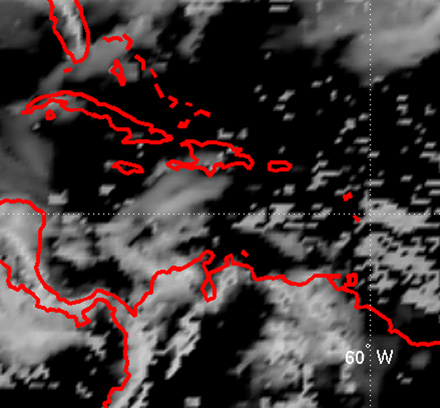 These images show how well a computer model was able to simulate the early development of Hurricane Ernesto in the eastern Caribbean. Each image shows a 66-hour forecast of cloud-water concentration (resembling a satellite photo). The forecasts are valid for 8:00 p.m. AST on August 25, 2006. On the left-hand side, the model’s starting-point conditions included 15 COSMIC profiles of atmospheric conditions in and near the Caribbean. On the right-hand side, the profiles were not included, and the model was unable to show Ernesto’s formation. Click on the images to enlarge. (Images courtesy Yongsheng Chen, NCAR.) 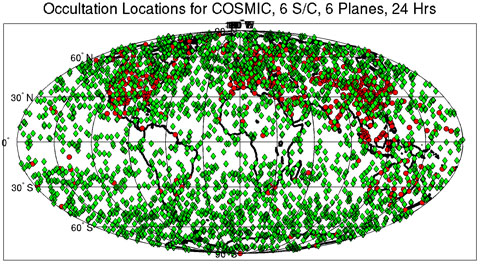 A. COSMIC Soundings. To obtain humidity profiles and other data essential for weather prediction, forecasters now depend on satellite-based instruments called radiometers and on surface-launched weather balloons. The radiometers cannot see through clouds and do best at wide-angle views of the atmosphere. The weather balloons carry instruments called radiosondes that are launched twice daily in about 900 spots scattered widely across the globe. Hardly any of these "soundings" are launched over the oceans. COSMIC promises a dramatic boost in data. Its radio signals can penetrate clouds and portray multiple layers of the atmosphere. And the data gap over the oceans will be closed as COSMIC provides about 2,500 sounding profiles every 24 hours. This map shows the typical locations of a day's worth of COSMIC soundings (green diamonds) compared to existing radiosonde launch sites (red circles). Click here or on the image to enlarge. (©UCAR, illustration by Bill Schreiner.) News media terms of use* 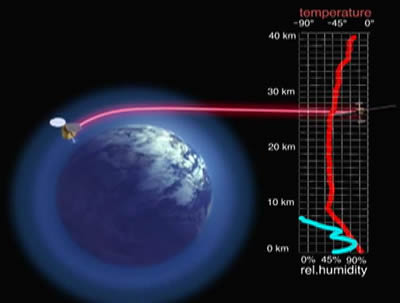 B. FORMOSAT-3/COSMIC Video (total running time: 0:02:52). This short video includes views of the microsatellites during assembly and animations of their deployment in space. The image above is from an animation of radio occultation, the measurement method used by COSMIC. Click here or on the image to watch the streaming video. (Video excerpts courtesy National Space Organization [NSPO], Taiwan.)

See the COSMIC Fact Sheet for further explanation of the animations.
News media terms of use*

C. Radio Occultation. When radio signals from GPS satellites pass through the atmosphere, the signals' paths are bent and their progress is slowed. The rate of these changes depends on the atmosphere's density along the path. COSMIC's low-Earth-orbiting (LEO) satellites take advantage of this effect by intercepting the GPS radio signals just above Earth's horizon and precisely measuring the bend and signal delay along the signal path. Click here or on the image to enlarge. (Illustration courtesy Broad Reach Engineering.) 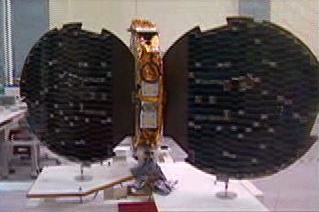 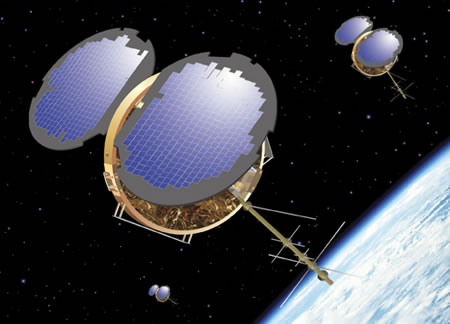 E. Artists' illustration. Six microsatellites are entering low-Earth orbit to form COSMIC, the Constellation Observing System for Meteorology, Ionosphere, and Climate. The first constellation of satellites to use radio occultation, COSMIC is expected to provide a major boost in the quality and quantity of data needed to improve global weather forecasts, climate monitoring, and space weather monitoring. Click here or on the image to enlarge. (Illustration courtesy Orbital Sciences Corporation.) 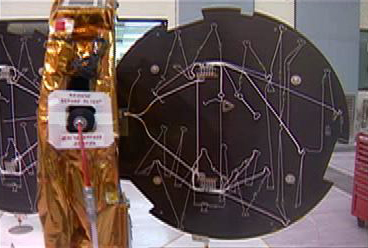 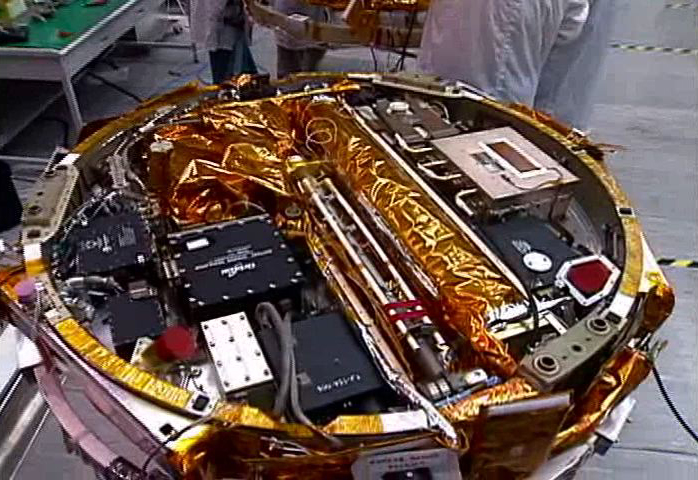 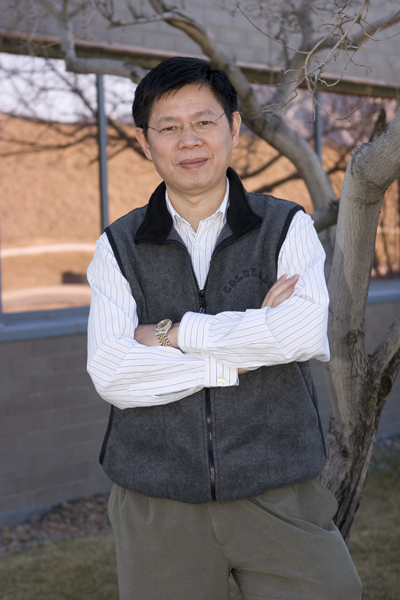 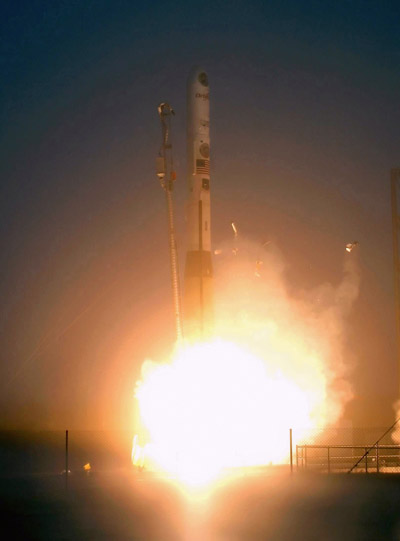 I. COSMIC launch from Vandenberg Air Force Base in California at 6:40 p.m. PDT (9:40 p.m. EDT) on Friday, April 14, 2006. Click here or on the image to enlarge photo. (Photo Courtesy of Orbital Sciences Corporation.)