A hurricane by any name

June 11, 2014 | According to the results of a high-profile study last week, people may take a hurricane named Glen a bit more seriously than one named Glenda. But the perceived gender of a hurricane’s name is just one of many factors potentially shaping how someone reacts to a given storm, according to several scientists at NCAR who take a multifaceted approach to studying hurricane response.

While hurricane forecasts have improved substantially over the years, NCAR experts stress that the forecast and warning information on a given storm must be communicated as clearly and quickly as possible in order to save lives in coastal and inland communities. This is an increasingly complex undertaking as Facebook, Twitter, and other outlets are transforming the ways that people get information.

“People get a variety of information over time about the risks they face as a hurricane approaches. We need to understand how that information evolves, and how that influences people’s risk perceptions and responses,” said Julie Demuth, an NCAR researcher who studies societal aspects of hazardous weather. 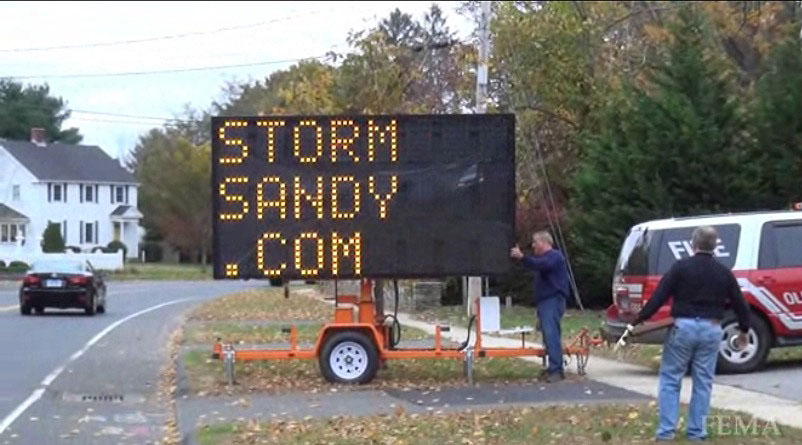 Demuth and her colleagues Rebecca Morss and Jeff Lazo found themselves peppered with media inquiries after a study titled "Female hurricanes are deadlier than male hurricanes" appeared in the Proceedings of the National Academy of Sciences. The study concluded that landfalling U.S. hurricanes with feminine names took more lives in recent decades than those with masculine names. The study also included experiments to find out how subjects respond to hurricane names and their perceived gender. Critics have lobbed a volley of counterarguments at the PNAS paper.

The expertise of NCAR group members allowed them to put the study in context, as they’ve spent years looking closely at a number of variables influencing how people respond to hurricane threats. Along with colleague Betty Morrow (SocResearch), the group published a comprehensive analysis last fall in the Bulletin of the American Meteorological Society examining how hurricane risk information is created and communicated. In another study, examining the response to Hurricane Ike in 2008, Morss and colleague Mary Hayden found that a National Weather Service statement warning that Ike’s storm surge in some areas would lead to “certain death” produced counterintuitive responses among some residents.

“A lot of factors influence decisions during actual hurricanes,” said Lazo, who thinks any effect from the perceived gender of a hurricane’s name is likely dwarfed in this mix. “How someone responds is affected by demographics, culture, and prior experience, as well as the quality and sources of information they receive, the time of day of landfall, and other variables.”

Morss notes that the experimental subjects in the PNAS study weren't in circumstances similar to those faced by coastal residents when a hurricane threatens. “In a real hurricane situation, people are receiving many different pieces of information over a period of hours or days. It can be a very high-pressure situation, where you’re dealing with family interactions, monetary issues, and other constraints,” said Morss. Such real-world complications are all the more reason why in-depth research is needed, she added.

“Hurricane Sandy and other recent events have clearly illustrated that there are major gaps in weather risk communication that contribute to loss of life and significant harm,” Morss said. “This is a very important area for further work.”

Demuth voiced concerns about several of the methods and conclusions in the PNAS paper, but she told the Washington Post that she hopes the study leads to continuing dialogue and research on the very real question of what factors most influence people’s response to hurricane threats. “Research in risk perception and risk communication is a vital complement to research on how hurricanes behave and how they're predicted. We need all of these in order to protect lives and reduce harm.” 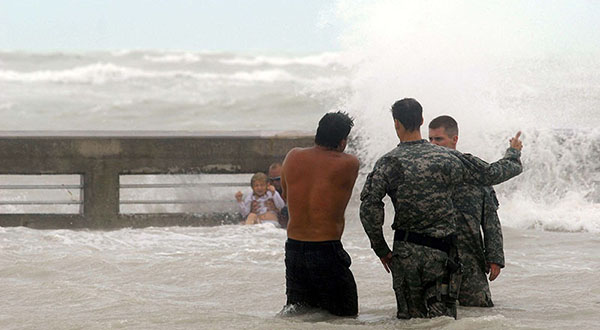 Soldiers from the Florida Army National Guard's 3rd Battalion, 20th Special Forces Group, talk to a resident swimming in the flooded section of the White Street Fishing Pier in Key West, Florida, on September 9, 2008. People braved the dangerous conditions at the end of the pier as storm surge from Hurricane Ike crashed over the barriers and flooded the pier. Guardsmen and Key West police officers warned the swimmers of the unsafe conditions, and soon the pier was closed to visitors by city officials. In the background a man holds a child in the dangerous surf. Ike went on to produce catastrophic flooding along the upper Texas coast, resulting in the largest search-and-rescue operation in U.S. history. The hurricane resulted in more than 100 deaths. (Wikimedia Commons photo by Tech. Sgt. Thomas Kielbasa.)