The largest and most ambitious tornado study in history, known as VORTEX2 (Verification of the Origins of Rotation in Tornadoes EXperiment 2), was conducted from May 10 to June 13, 2009, as dozens of scientists deployed radars and other ground-based instruments across the Great Plains to gain a better understanding of these often deadly weather events. 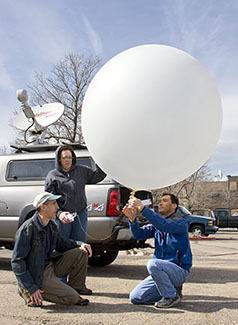 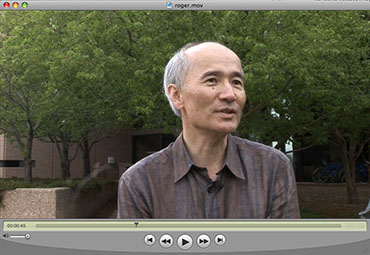 NCAR's Roger Wakimoto, a principal investigator for VORTEX2, explains some of the science behind the field project. He will be using video and damage surveys to analyze the structure of tornadoes. 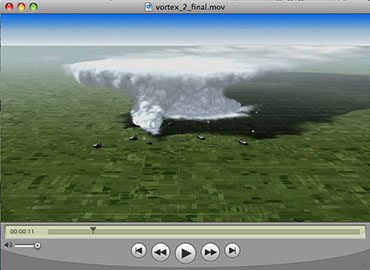 This one-minute animation (QuickTime) gives a 3-D overview of the VORTEX fleet, with descriptions of instruments as they might be deployed around a potentially tornadic thunderstorm. 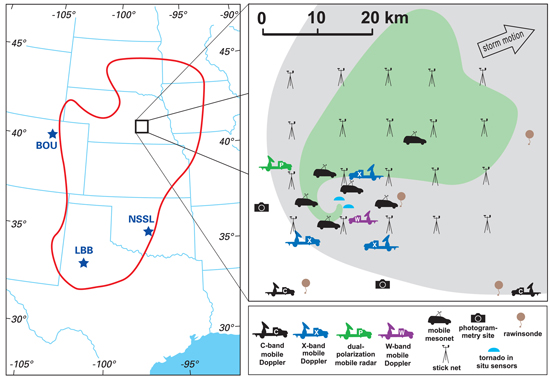