Guidance points pilots away from a deadly in-flight threat

April 27, 2012  •  When flight instructor Scott Dennstaedt studied possible routes for a recent flight from Denver to Bend, Oregon, he checked standard aviation forecasts—plus a pair of high-precision NCAR atmospheric maps that track potentially hazardous icing conditions. Thanks to that information, he determined that he could safely fly above icing and storms that would develop at lower altitudes along the route. 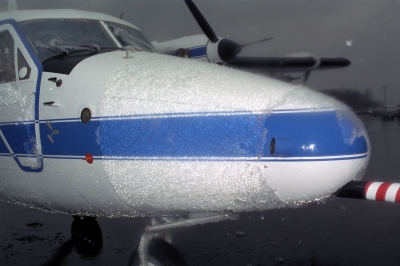 “The NCAR products helped us make a good decision,” Dennstaedt says. “We were able to integrate them with other weather guidance to really understand where the vertical extent of the clouds was that day.”

NCAR’s online icing maps, developed at the request of the Federal Aviation Administration, represent a major advance in the nation’s effort to ensure flying safety. An independent report commissioned by the FAA credited them with preventing an average of eight accidents a year, saving lives and reducing costs by more than $60 million annually.

“These products help make flying safer because dispatchers and pilots of smaller aircraft can choose flight paths that avoid icing conditions,” says Marcia Politovich, who oversees in-flight icing research at NCAR. “For commercial airlines, the information we provide enables them to avoid the delays and excessive fuel costs associated with in-flight icing.” 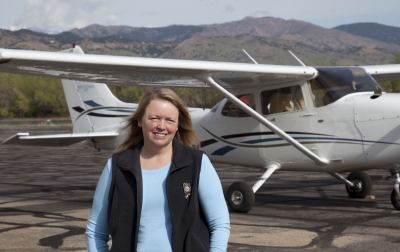 Icy weather, including ice pellets and cloud droplets that freeze on contact, can affect air travel anywhere in the country, at any time of the year, and especially during colder months. When ice builds up on aircraft wings, it can increase the drag on the airplane and make it difficult to stay aloft. Icing has played a role in a number of high-profile crashes, including the 1959 crash that killed Buddy Holly and other rock ‘n roll legends.

A study by the National Transportation Safety Board in 2002 found that in-flight icing was responsible for dozens of accidents a year, mostly among smaller, general aviation aircraft. Cancellations and delays due to icy weather can also cost airlines millions of dollars. Even when aircraft are certified to fly through icing conditions, the risk can prompt pilots to detour for hundreds of miles.

In the late 1980s, as the number of commuter aircraft was expected to increase sharply, the FAA approached NCAR to see if it would be possible to identify and even forecast regions in clouds with high potential for icing conditions.

At that time, meteorologists engaged in basic research had already spent decades studying cloud physics and the processes by which some droplets remain liquid even at subfreezing temperatures. Those “supercooled” droplets are especially dangerous because they can freeze on an airplane’s wing. 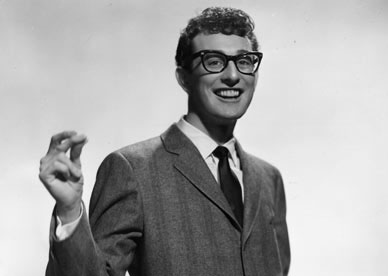 “The main issue is the mix of supercooled droplets and ice particles in a cloud, which is extremely important to understanding how an aircraft ices up,” says John Hallett. A professor emeritus at the University of Nevada and the Desert Research Institute, Hallett has studied cloud processes since the 1950s.  “If there are enough of the supercooled droplets in the wrong place, the aircraft will crash.”

A series of field projects funded by the National Science Foundation and other agencies in the last 20 years helped scientists further understand how environmental conditions such as the amount and type of dust in the air can profoundly affect icing conditions by changing the temperature at which the droplets freeze.

To create the icing maps, a team of scientists at NCAR and their collaborators in the university community refined computer models to better capture the physics of cloud droplets and ice particles. The researchers also developed artificial intelligence techniques to evaluate observations from ground-based radar, pilot reports, and satellites.

The FAA in 2002 approved the first version of an NCAR icing map, known as Current Icing Potential (CIP). The map, which regularly updates estimates of current icing conditions, enables dispatchers and pilots to make fly/no-fly decisions, plan flights, change routes, and select altitudes. The agency has since approved a companion NCAR product, Forecast Icing Potential (FIP), that predicts regions of icing and the likely severity.

The products are constantly upgraded, and Politovich notes that additional research will provide even more guidance to the aviation community.

“There are still a lot of mysteries about the freezing process,” she says. “As we dig deeper and get a better feel for which types of particles in clouds are associated with which geographic regions and times of year, we can produce more information about the size of droplets and ice crystals. That would tell us which aircraft are likely to be most affected along a particular route. This is the kind of information the aviation community is asking for.”