BOULDER—Arctic temperatures in the 1990s reached their warmest level of any decade in at least 2,000 years, new research indicates. The study, which incorporates geologic records and computer simulations, provides new evidence that the Arctic would be cooling if not for greenhouse gas emissions that are overpowering natural climate patterns.

The international study, led by Northern Arizona University and the National Center for Atmospheric Research (NCAR), will be published in the September 4 edition of Science. It was primarily funded by the National Science Foundation, NCAR's sponsor.

The scientists reconstructed summer temperatures across the Arctic over the last 2,000 years by decade, extending a view of climate far beyond the 400 years of Arctic-wide records previously available at that level of detail. They found that thousands of years of gradual Arctic cooling, related to natural changes in Earth's orbit, would continue today if not for emissions of carbon dioxide and other greenhouse gases.

New research shows that the Arctic reversed a long-term cooling trend and began warming rapidly in recent decades. The blue line shows estimates of Arctic temperatures over the last 2,000 years, based on proxy records from lake sediments, ice cores and tree rings. The green line shows the long-term cooling trend. The red line shows the recent warming based on actual observations. A 2000-year transient climate simulation with NCAR?s Community Climate System Model shows the same overall temperature decrease as does the proxy temperature reconstruction, which gives scientists confidence that their estimates are accurate. [ENLARGE] (Courtesy Science, modified by UCAR.) News media terms of use*

"This result is particularly important because the Arctic, perhaps more than any other region on Earth, is facing dramatic impacts from climate change," says NCAR scientist David Schneider, one of the co-authors. "This study provides us with a long-term record that reveals how greenhouse gases from human activities are overwhelming the Arctic's natural climate system."

Darrell Kaufman of Northern Arizona University, the lead author and head of the synthesis project, says the results indicate that recent warming is more anomalous than previously documented.

"Scientists have known for a while that the current period of warming was preceded by a long-term cooling trend," says Kaufman. "But our reconstruction quantifies the cooling with greater certainty than before."

The new study is the first to quantify a pervasive cooling across the Arctic on a decade-by-decade basis that is related to an approximately 21,000-year cyclical wobble in Earth's tilt relative to the Sun. Over the last 7,000 years, the timing of Earth's closest pass by the Sun has shifted from September to January. This has gradually reduced the intensity of sunlight reaching the Arctic in summertime, when Earth is farther from the Sun.

The research team's temperature analysis shows that summer temperatures in the Arctic, in step with the reduced energy from the Sun, cooled at an average rate of about 0.2 degrees Celsius (about .36 degrees Fahrenheit) per thousand years. The temperatures eventually bottomed out during the "Little Ice Age," a period of widespread cooling that lasted roughly from the 16th to the mid-19th centuries.

Even though the orbital cycle that produced the cooling continued, it was overwhelmed in the 20th century by human-induced warming. The result was summer temperatures in the Arctic by the year 2000 that were about 1.4 degrees C (2.5 degrees F) higher than would have been expected from the continued cyclical cooling alone.

"If it hadn't been for the increase in human-produced greenhouse gases, summer temperatures in the Arctic should have cooled gradually over the last century," says Bette Otto-Bliesner, an NCAR scientist who participated in the study.

To reconstruct Arctic temperatures over the last 2,000 years, the study team incorporated three types of field-based data, each of which captured the response of a different component of the Arctic's climate system to changes in temperature. 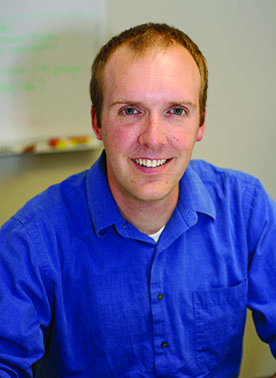 These data included temperature reconstructions published by the study team earlier this year. The reconstructions were based on evidence provided by sediments from Arctic lakes, which yielded two kinds of clues: changes in the abundance of silica remnants left behind by algae, which reflect the length of the growing season, and the thickness of annually deposited sediment layers, which increases during warmer summers as deposits from glacial meltwater increase.

The research also incorporated previously published data from glacial ice and tree rings that were calibrated against the instrumental temperature record.

The scientists compared the temperatures inferred from the field-based data with simulations run with the Community Climate System Model, a computer model of global climate based at NCAR. The model's estimate of the reduction of seasonal sunlight in the Arctic and the resulting cooling was consistent with the analysis of the lake sediments and other natural archives. These results give scientists more confidence in computer projections of future Arctic temperatures.

"This study provides a clear example of how increased greenhouse gases are now changing our climate, ending at least 2,000 years of Arctic cooling," says NCAR scientist Caspar Ammann, a co-author.

"Because we know that the processes responsible for past Arctic amplification are still operating, we can anticipate that it will continue into the next century," says Gifford Miller of the University of Colorado at Boulder, a member of the study team. "Consequently, Arctic warming will continue to exceed temperature increases in the rest of the Northern Hemisphere, resulting in accelerated loss of land ice and an increased rate of sea level rise, with global consequences."