BOULDER—Eight leading professional organizations in the field of weather and climate today called on the next administration and Congress to better protect the United States from severe weather and climate change. They issued five recommendations to reverse declining budgets and provide needed tools, information, and leadership to decision makers. The recommendations and supporting information have been provided to the presidential campaigns of John McCain and Barack Obama. 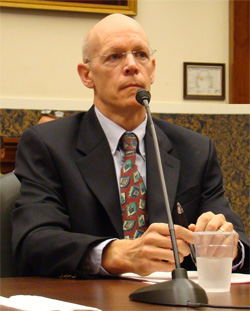 The United States sustains billions of dollars in losses every year from disasters related to weather and climate, such as hurricanes, tornadoes, forest fires, floods, droughts, and snow storms, the transition document states. This year alone, the country has experienced a record-setting pace of tornadoes, as well as many severe floods and wildfires.

"With more than a quarter of the U.S. gross national product (over $2 trillion) sensitive to weather and climate, these events substantially impact our national health, safety, economy, environment, transportation systems, and military readiness," the document states. "All 50 states are impacted by these events, and many of these events will be exacerbated by climate change."

The eight organizations that wrote the document are the University Corporation for Atmospheric Research, the American Meteorological Society, the American Geophysical Union, the Weather Coalition, the Consortium of Universities for the Advancement of Hydrologic Science, the National Association of State Universities and Land-Grant Colleges, the Consortium for Ocean Leadership, and the Alliance for Earth Observations. Collectively they represent thousands of scientists, technology specialists, public policy analysts, and other experts.

"Our concern is that our nation is not prepared for severe weather or climate change because of declining budgets and lack of attention to these threats over the past few years," says UCAR vice president Jack Fellows. "We should improve our ability to respond to severe weather events and prepare for the impacts of climate change that will undoubtedly occur over the next several decades. Decision makers need information on how climate change will affect their local areas, but we are hampered by a lack of funding, observations, and computing power to provide information at this local level."

The document's five recommendations are:

The plan is estimated to cost roughly $9 billion above the current federal investments being planned for 2010-2014. The full transition document, "Advice to the New Administration and Congress: Actions to Make Our Nation Resilient to Severe Weather and Climate Change," can be found here. It provides detailed implementation guidance, including specific management actions, budget estimates, and recommendations for nominations of leaders to serve in the next administration.

"Given the costs of weather and climate disasters, we believe these are wise and critical investments," says John Snow, co-chair of the Weather Coalition and dean of the College of Atmospheric and Geographic Sciences at the University of Oklahoma. 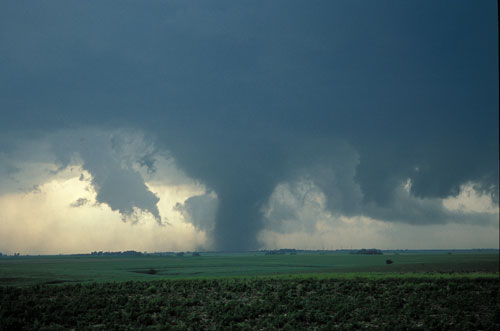 This tornado was one of several that struck near Hebron, Nebraska, on May 22, 2004. Tornadoes are forming at a record-setting pace this year, with nearly 1,000 twisters confirmed by NOAA's Storm Prediction Center for the period January through May 2008. [ENLARGE] (©UCAR, photo by Bob Henson.) News media terms of use*