BOULDER—The shrinking expanse of Arctic sea ice is increasingly vulnerable to summer sunshine, new research concludes. The study, by scientists at the National Center for Atmospheric Research (NCAR) and Colorado State University (CSU), finds that unusually sunny weather contributed to last summer's record loss of Arctic ice, while similar weather conditions in past summers do not appear to have had comparable impacts. 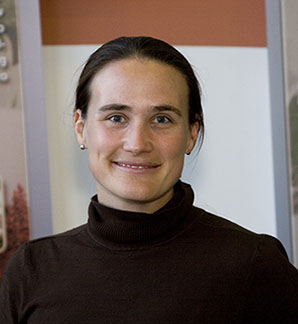 The study, which draws on observations from instruments on a new group of NASA satellites known as the "A-Train," will be published tomorrow in Geophysical Research Letters. It was funded by NASA and the National Science Foundation, which is NCAR's principal sponsor.

"In a warmer world, the thinner sea ice is becoming increasingly sensitive to year-to-year variations in weather and cloud patterns," says NCAR's Jennifer Kay, the lead author. "A single unusually clear summer can now have a dramatic impact."

The findings indicate that summer sunshine in the Arctic produces more pronounced melting than in the past, largely because there is now less ice to reflect solar radiation back into space. As a result, the presence or absence of clouds now has greater implications for sea ice loss.

Last summer's loss of Arctic sea ice set a modern-day record, with the ice extent shrinking to a minimum of about 1.6 million square miles (4.1 million square kilometers) in September. That was 43 percent less ice coverage than in 1979, when accurate satellite observations began.

Looking at the first two years of data from radar and lidar on the A-Train satellites, Kay and her colleagues found that total summertime cloud cover in the Western Arctic was 16 percent less in 2007 than the year before. A strong high-pressure system centered north of Alaska kept skies relatively clear. Over a three-month period in the summer, the increased sunshine was strong enough to melt about a foot of surface ice. Over open water, it was sufficient to increase sea-surface temperatures by 4.3 degrees Fahrenheit (2.4 degrees Celsius). Warmer ocean waters can contribute to sea ice loss by melting the ice from the bottom, thereby thinning it and making it more susceptible to future melt.

"Satellite radar and lidar measurements allow us to observe Arctic clouds in a new way," says CSU scientist Tristan L'Ecuyer, a co-author of the study. "These new instruments not only provide a very precise view of where clouds exist but also tell us their height and thickness, which are key properties that determine the amount of sunlight clouds reflect back to space."

The research team also examined longer-term records of Arctic cloud and weather patterns, including a 62-year-long record of cloudiness from surface observations at Barrow, Alaska. They found that the 2007 weather and cloud pattern was unusual but not unprecedented. At Barrow, five other years--1968, 1971, 1976, 1977, and 1991--had less summertime cloud cover than 2007, but without the same impact on sea ice.

The research suggests that warmth from the Sun will increasingly affect Arctic sea ice loss in the summer. As the ice shrinks, incoming sunshine triggers a spiraling effect: the newly exposed dark ocean waters, much darker than the ice, absorb the Sun's radiation instead of reflecting it. This warms the water and melts more ice, which in turn leads to more absorption of radiation and still more warming.

"Our research indicates that the relative importance of solar radiation in the summer is changing," Kay says. "The sunshine reaching the Arctic is increasingly influential, as there is less ice to reflect it back into space. Dry, sunny conditions in a single summer can now act as a potent force to melt sea ice."

The authors note that, in addition to solar radiation, other factors such as changes in wind patterns and possibly shifts in ocean circulation patterns also influence sea ice loss. In particular, strong winds along regions of sea ice retreat were important to last year's loss of ice. The relative importance of these factors, and the precise extent to which global climate change is driving them, are not yet known. 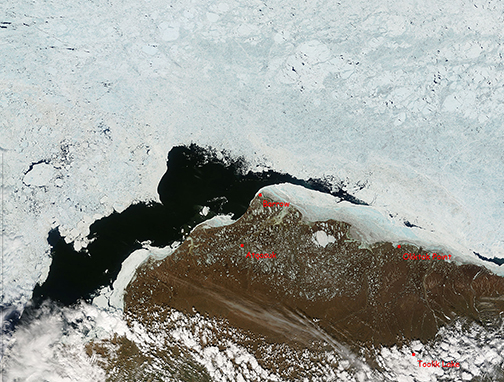