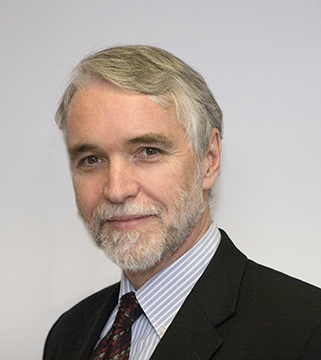 "Tim Killeen's vision for the geosciences will be invaluable in guiding NSF during this renaissance period for addressing the scientific challenges facing the Earth," Bement says. "We couldn't be more pleased."

In his new role, Killeen will oversee the Geosciences Directorate, which has a budget of $752 million in fiscal year 2008 and supports research in the atmospheric, Earth, and ocean sciences, including climate processes and changes, the water cycle, and natural disasters such as earthquakes, tsunamis, and severe storms.

Killeen has served as director of NCAR since 2000. Prior to that, he was professor of atmospheric, oceanic, and space sciences, associate vice president for research, and director of the Space Physics Research Laboratory at the University of Michigan. He holds a doctorate in atomic and molecular physics and a bachelor of science with first-class honors from University College London. He has held leadership roles in the geosciences for many years, including chairing numerous national committees and advisory panels. He has been president of the American Geophysical Union since 2006, and is a member of the National Academy of Engineering. His research is in satellite measurements and modeling of the upper atmosphere.

Richard Anthes, president of the University Corporation for Atmospheric Research (UCAR), which manages NCAR, says, "In his new capacity, Tim will be able to guide the broader community with the same energy and forward thinking that he has brought to NCAR for the past eight years. While we are sorry to be losing him, we will all benefit from his leadership at NSF."

Killeen says, "This is a critically important time for the geosciences and I'm excited and pleased to become a part of the NSF leadership team as we move ahead in analyzing and solving problems of global importance."

UCAR will be launching an international search for a new director.