A meeting for storm-driven science

Experts explore the future of forecasting for precipitation extremes

October 22, 2014 | Among the world’s varied climates, two populous midlatitude areas get an especially big helping of large-scale extreme rainfall: eastern Asia and central-to-eastern North America. Experts from both continents met at NCAR on September 15–18 to discuss promising avenues of research that could lead to improvements in predicting hurricanes, floods, and other phenomena affecting billions of people.

The Tenth International Conference on Mesoscale Convective Systems (ICMCS) arrived in the Western Hemisphere for only the second time in the meeting’s 15-year history. Sponsored by a nongovernmental organization called the East Asia Weather Research Association, the ICMCS rotates among five member nations: China, Japan, Korea, Taiwan, and the United States.

The ICMCS’s mission is broader than its title might suggest. Originally, the meetings focused on mesoscale convective systems, huge clusters of thunderstorms that often dump torrential rain. Over the last decade, the meeting has broadened to incorporate related phenomena and emerging technologies that can help observe and model such systems. A growing priority: the tropical cyclones known as hurricanes in North America, typhoons in east Asia, and cyclonic storms in India. 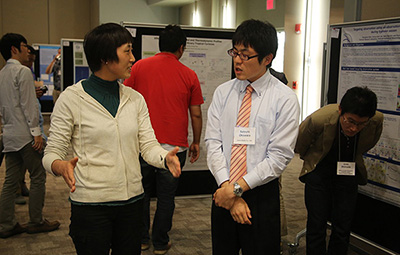 Although the United States has a well-deserved reputation for wild weather—the world’s heaviest one-hour rainfall occurred in Missouri, and 43 inches of rain once fell in 24 hours near Houston—Asia is no slouch when it comes to tropical cyclones, heavy rainfall, and flooding. 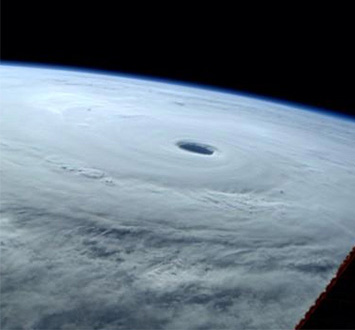 “In fact, these events are often more frequent and severe in Asia than their U.S. counterparts,” says Lee.

One of the highlights of this year’s meeting in Boulder was the presentation of results from several field experiments over the last few years that focused on processes influencing Asian and North American weather. These studies, including TiMREX, T-PARC, ITOP, and DYNAMO, are helping scientists form a deeper understanding of how processes such as the Madden-Julian Oscillation transfer energy and moisture northward from the tropics and eastward across the Northern Hemisphere.

The meeting drew nearly 100 participants from the five nations behind ICMCS, including about 20 graduate students. “These students represent the next generation of our scientific work force,” notes Lee.