BATON ROUGE – The University Corporation for Atmospheric Research, or UCAR, announced that LSU has been accepted for membership to this prestigious organization. UCAR is a nonprofit consortium of more than 100 colleges and universities undertaking cutting-edge research and education in atmospheric and related sciences.

“Membership in UCAR is a win-win for the consortium and LSU,” said Kalliat T. Valsaraj, LSU vice president for research and economic development. “As one of a select group of universities in the country that has Land-, Sea-, and Space-Grant designation, LSU has multifaceted expertise that will benefit the consortium and vice versa.”

“We are delighted to welcome LSU to the UCAR family,” said Busalacchi said. “A state like Louisiana that is vulnerable to extreme weather events will benefit from having its flagship university involved with UCAR.”

“This is another example of how LSU strives to be a collaborative nexus of people and ideas to advance knowledge and provide exceptional interdisciplinary education for our students,” he said.

Headquartered in Boulder, Colo., UCAR manages the National Center for Atmospheric Research, or NCAR, and provides additional services to strengthen and support research and education through its community programs. 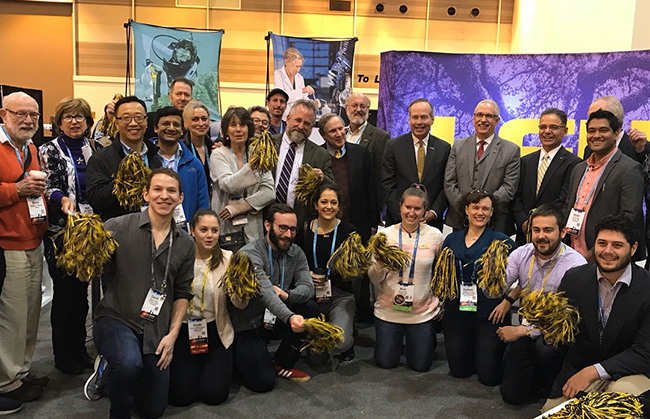