BOULDER—The National Center for Atmospheric Research (NCAR) has reached an agreement with Xcel Energy to provide highly detailed, localized weather forecasts to enable the utility to better integrate electricity generated from wind into the power grid. The forecasts will help operators make critical decisions about powering down traditional coal- and natural gas-fired plants when sufficient winds are predicted, allowing the utility to increase reliance on alternative energy while still meeting the needs of its customers.

The U.S. Department of Energy's National Renewable Energy Laboratory (NREL) will support the project by developing mathematical formulas to calculate the amount of energy that turbines generate when winds blow at various speeds.

These graphs show changes in turbulent energy as wind flows left to right over two hilly land surfaces, the first with sparse vegetation and the second with vegetation 10 times denser. The dashed black line represents the height of treetops; the height at the top of each graph is 260 feet (80 meters), which is close to the height of the hub of a wind turbine's spinning blades. An increase in vegetation density can dramatically boost the amount of wind energy reaching the heights where wind turbines operate.  [ENLARGE TOP IMAGE] [ENLARGE BOTTOM IMAGE] (©UCAR, visualizations by Ned Patton, NCAR.) News media terms of use*

NCAR will use a suite of tools, including cutting-edge computer models, to issue high-resolution wind forecasts for wind farm sites every three hours. If the prediction system is successful, wind forecasting companies may adopt the technology to help utilities in the United States and overseas transition away from fossil fuels.

"One of the major obstacles that has prevented more widespread use of wind energy is the difficulty in predicting when and how strongly the wind will blow at the wind farms," says William Mahoney, the NCAR program director overseeing the project. "These forecasts are a critical step in getting more energy from wind."

A number of states are mandating that utilities increase their use of renewable energy as a way to reduce dependence on fossil fuels such as coal, oil, and natural gas, which affect air quality and release greenhouse gases associated with climate change. But the shift to wind means relying on a resource that is notoriously difficult to predict and manage.

Because large amounts of electricity cannot be stored in a cost-effective manner, power generated by a wind turbine or any other source must be promptly consumed. If an electric utility powers down a coal- or natural gas-fired facility in anticipation of wind-driven energy, those plants may not be able to power up fast enough if the winds fail to blow. The only option in such a scenario is to buy energy on the spot market, which can be very costly. Conversely, if the winds blow more strongly or erratically than anticipated, the surge of energy can overload the system.

"Wind energy remains difficult to manage due to its variability--you can't always count on it," says Eric Pierce, Xcel Energy's managing director of energy trading. "Accurately forecasting our wind power generation will allow Xcel Energy to reliably bring on more wind energy and reduce costs at the same time. This is an important part of building a 21st century energy system."

Under the agreement, NCAR will develop a prototype advanced wind prediction system during the next 18 months and will begin to generate test forecasts for Xcel Energy wind farms in Colorado, Minnesota, New Mexico, Texas, and Wyoming after six months. NCAR will continue to improve the system over the following 12 months. Then the prototpe forecasting system will be transferred to Xcel Energy for operational use, while NCAR continues to work toward making the forecasts still more accurate.

"The utility is interested in the potential power coming from these large wind sites, but every wind turbine on the site will not have the same wind speed," says Erik Ela, NREL engineer. "NREL's models will convert the wind speed into power and give the utility better information on how much electricity the entire wind site will generate." 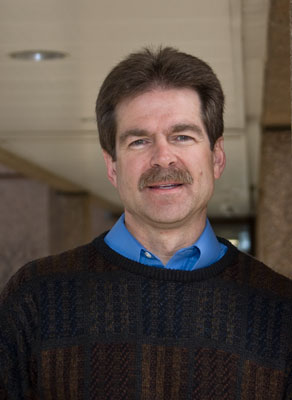 Wind is among the most difficult weather variables to forecast. A number of factors can affect it, such as topography, ground cover, temperature inversions, and even the number of leaves on nearby trees. NCAR's task is especially challenging because researchers will try to pinpoint breezes in the vicinity of wind turbines, which are generally about 200 to 400 feet above the ground and arrayed in tightly clustered wind farms. Winds at these heights are usually far stronger than at 33 feet, the height used by ground-level weather stations.

To generate the forecasts, NCAR will incorporate observations of current atmospheric conditions from a variety of sources, including satellites, aircraft, weather radars, ground-based weather stations, and even sensors on the wind turbines. The information will be fed into three powerful NCAR-based tools:

The project builds on forecast technologies that NCAR has successfully developed for the U.S. military, National Weather Service, aviation industry, overseas governments, and other organizations in the public and private sectors.

"Wind can be elusive, and even very small changes in the atmosphere can make a difference in wind speed and direction," Mahoney says. "But we believe our experience in developing increasingly sophisticated forecasting systems will enable us to produce the accurate forecasts that Xcel Energy needs to provide reliable wind energy to its customers."

"The NCAR system is based on a computer model of the weather which has been developed and refined over the last decade, specifically for predicting these kinds of fine-scale local impacts of weather," says NCAR scientist Tom Warner. "Combining this modeling technology with studies that help us to better understand atmospheric processes at Xcel Energy wind farms will lead to more accurate forecasts."