How investigating the atmosphere is improving our lives

April 27, 2012  •  There hasn’t been a single U.S. airline flight downed by wind shear in more than 15 years. That’s no accident. It’s the result of painstaking work by NCAR and colleagues across a community of researchers who produced a world-leading system for warning pilots about wind shear at airports. 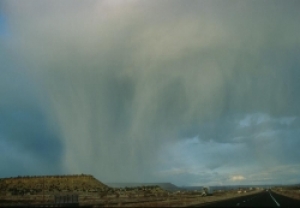 When a rain shaft enters drier air, the rain-cooled parcel of air may gather momentum and produce a microburst. The strongly contrasting winds over short distances generated by microbursts caused a number of U.S. aviation disasters before NCAR and partners developed a warning system for wind shear. (©UCAR. Photo by Carlye Calvin. This image is freely available for media & nonprofit use.*)

This is just one example of how a unique, collaborative ecosystem of end-to-end science can yield positive, powerful impacts. Many facets of everyday life, from boarding a plane to turning on the lights or driving down the highway, are becoming safer and more cost-effective with the help of technologies rooted in atmospheric science. This includes research carried out at NCAR, the 100-plus members and affiliates of UCAR, and the federal agencies that support and collaborate on this work, including the National Science Foundation, NCAR’s primary sponsor.

When scientists carry out basic research, it’s not always clear how it will play out. It’s a safe bet that Albert Einstein wasn’t thinking of compact discs when he laid out the theoretical foundations for lasers nearly a century ago. Today, basic research in the United States—60% of which is federally funded, and most of which takes place at universities—is an impressive economic engine

“Innovations that flow from university-based basic research are at the root of countless companies,” notes the Science Coalition in its 2010 report Sparking Economic Growth. 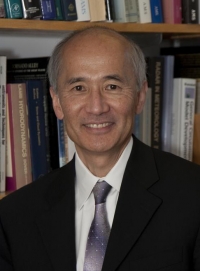 “The transfer of research to applications is a fundamental aspect of NCAR’s mission,” says NCAR director Roger Wakimoto. “Basic research has always been at the core of activities that take place within the university community and NCAR. However, weather and climate impact people’s lives in profound ways, so it is both exciting and necessary that much of our work in atmospheric sciences has direct applications to society.”

In order to understand the atmosphere, scientists rely heavily on supercomputing power and far-flung observations, plus the software and connectivity to model the atmosphere and get results to users. All of these areas have advanced by leaps and bounds in recent years.

With the help of new technologies, plus years of foundational research, forecasting has gone light years beyond “fair and warmer.” For example: 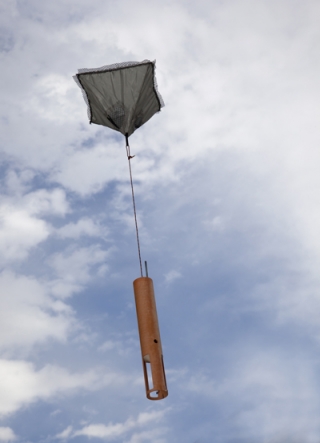 The design for this parachute-borne dropsonde, which samples atmospheric conditions as it descends, is among more than 100 patented innovations developed at NCAR. (©UCAR. Photo by Carlye Calvin. This image is freely available for media & nonprofit use.*)

Streamlining the path to progress

The end-to-end science fostered by NCAR and UCAR hasn’t always been the norm. After World War II, universities and federally sponsored labs began producing a wealth of basic research. However, they were often discouraged by custom or by law from applying their results to the real world. Attitudes began changing with NASA’s space missions and its Technology Utilization Program, launched in 1962, which became known for its increasingly fruitful crop of spinoffs.

In 1980, Congress passed the Bayh-Dole Act, which gave the green light for universities to create programs that would bring their own research into practical applications. An explosion of tech transfer followed, especially in biotechnology and health services. Today’s lithium-ion battery, for example, emerged from research on materials science carried out at the University of Texas at Austin in the 1980s.

A number of UCAR’s member institutions jumped at this new chance to transfer their technology. In turn, that inspired UCAR to see how it might help bring the gains made in atmospheric science more directly to society. After surveying its members to get their views, UCAR launched its own spinoff: the UCAR Foundation, established in 1986. The foundation serves as a bridge between industry and the R&D that takes place at NCAR and at UCAR via its community programs.

Through the foundation, private firms can acquire the rights to take a promising technology and adapt it for commercial uses. The foundation has licensed everything from highly specialized software to educational training modules. With more than 140 patents assigned to NCAR- and UCAR-based researchers in the last 20 years, there’s plenty more for innovative firms to mine.

Part of the foundation’s licensing revenue flows back to NCAR and UCAR to support additional research—and perhaps another end-to-end story.

The structure of NCAR and UCAR—unique among the nation’s science disciplines—paves the way for innovation to bring impact to everyday life. NCAR’s research is unusually wide-ranging, from the flow of magnetism within the Sun to the flow of heat in the ocean. Much of NCAR’s work is carried out with collaborators at universities and labs across the nation and beyond, which further expands the breadth of the science. 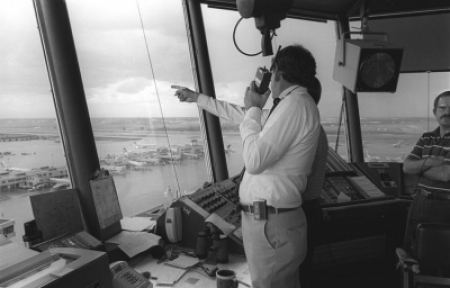 After hundreds were killed in aircraft accidents related to wind shear in the 1970s and 1980s, several field programs investigated the issue, including the FAA-funded CLAWS (Classify, Locate, and Avoid Wind Shear), led by NCAR's John McCarthy. The goal was to develop a prototype system for forecasting microbursts and other wind shear events and for providing timely advisory information to pilots. Here McCarthy is seen working in the control tower at Denver's former Stapleton International Airport during CLAWS in the summer of 1984. (©UCAR. This image is freely available for media & nonprofit use.*)

NCAR’s Research Applications Laboratory (RAL), with more than 240 staff serving a variety of funder-clients, is well equipped to take knowledge produced by this collaborative web and transmute it into technology ready to be adapted for real-world use.

The seeds of the lab were planted after a series of airline disasters, including the crash of Eastern Air Lines Flight 66, which plummeted to the ground on approach to New York’s Kennedy Airport on June 24, 1975, killing 113 people. Eminent meteorologist Ted Fujita (University of Chicago) studied this and other accidents and concluded that wind shear produced by powerful downdrafts was likely to blame.

Many doubted the idea, but field projects in 1978 and 1982 that were organized by NCAR, the University of Chicago, and other partners confirmed the deadly power of what Fujita dubbed microbursts. The cluster of scientists at the center of those projects went on to design the successful warning system for wind shear, and their activities gradually expanded and diversified to become the heart of NCAR’s applied research efforts.

These new focal points have included other thunderstorm hazards, plus turbulence, icing on the ground and in the air, and ceiling and visibility prediction. “As the research portfolio expanded, other U.S. and even foreign government agencies decided to take advantage of RAL’s research-to-operations experience to solve problems," says Mahoney. 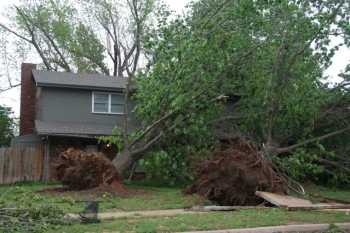 RAL now works on a wide array of topics, including water resources, homeland security, and other realms of societal benefit, including the potential for enhanced climate information to benefit agriculture and human health and the optimal ways to build weather warnings and outlooks that save lives. Even the way a hurricane warning is worded could make the difference in how people respond, as NCAR research has found.

According to Lazo and colleagues, the combined effects of “good” and “bad” weather can cause U.S. economic output in a given year to be as much as $240 billion higher or lower than the long-term average.

“Weather affects nearly every economic sector and pretty much every activity and decision we undertake as individuals from day to day,” he says.

The value of innovative weather forecasts to public health goes far beyond seeking shelter from a storm. NCAR scientists are working with African colleagues in meteorology and public health to enhance regional forecasts of the onset of the rainy season across meningitis-prone areas. The disease is associated with dry, dusty conditions that precede seasonal rains, so when those rains are predicted more accurately, vaccines are targeted more effectively. 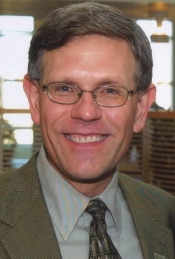 From his vantage point as a student, researcher, professor, and administrator, Kelvin Droegemeier has seen how real-world benefits emerge from the lab, field, and desktop (not to mention supercomputers).

A past chair of the UCAR Board of Trustees, Droegemeier is currently vice president for research at the University of Oklahoma and holder of OU’s Weathernews Chair Emeritus of Applied Meteorology. He’s been a leader in the development of fine-scale modeling of thunderstorms, where it’s critical to understand how tiny cloud droplets and ice crystals can lead to baseball-sized hail and hurricane-strength winds.

“Basic research in cloud physics has been an important foundation for some of the most advanced capabilities we now enjoy in the detection and prediction of high-impact local weather,” he says.

In 2011 and 2012, Doppler weather radars operated across the country by the National Weather Service are being upgraded to dual-polarization systems, which will allow them to better distinguish rain, hail, and storm debris. Droegemeier points out that the “dual-pol” capabilities in these and other radars rely heavily on basic research in cloud and precipitation physics.

That same research is also combining with recent advances in computer modeling to give scientists the ability to simulate the fine-scale physical activity going on within clouds. Such cloud-resolving models now represent a wide variety of cloud physics processes using sophisticated schemes linked with radiation and other model physics, says Droegemeier. And, he adds, "global climate change, hydrology, ecology, and a host of other research disciplines rely heavily upon basic research in cloud and precipitation physics for both understanding and predicting important components of the Earth system.”