BOULDER—Reducing global emissions of carbon dioxide (CO2) over the coming century will be more challenging than society has been led to believe, according to a new research commentary appearing April 3 in Nature. 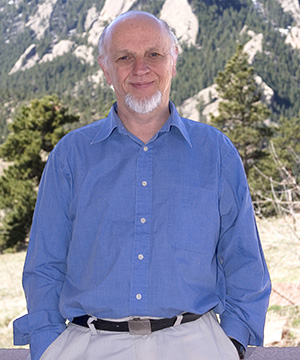 The authors, from the University of Colorado at Boulder, the National Center for Atmospheric Research (NCAR) in Boulder, and McGill University in Montreal, say the Intergovernmental Panel on Climate Change (IPCC) has significantly underestimated the technological challenges of reducing CO2 emissions. The study, "Dangerous Assumptions," concludes that the IPCC is overly optimistic in assuming that, even without action by policymakers, society will develop and implement new technologies to dramatically reduce the growth of future emissions.

"In the end, there is no question whether technological innovation is necessary--it is," write the authors in the Nature commentary.  "The question is, to what degree should policy focus explicitly on motivating such innovation? The IPCC plays a risky game in assuming that spontaneous advances in technological innovation will carry most of the burden of achieving future emissions reductions, rather than focusing on those conditions that are necessary and sufficient for those innovations to occur."

Recent changes in "carbon intensity"--CO2 emissions per unit of energy consumed--already are higher than those predicted by the IPCC because of rapid economic development, says lead author Roger Pielke Jr. of the University of Colorado. In Asia, for instance, the demands of more energy-intensive economies are being met with conventional fossil-fuel technologies, a process expected to continue there for decades and eventually move into Africa.

In estimating the emissions reductions required for CO2 concentration stabilization, the IPCC divides future emissions changes into those that will occur spontaneously (such as in the absence of climate policies) and those that are policy driven. This division hides the full challenge associated with stabilizing the amount of carbon dioxide in the atmosphere. The Nature commentary points out, for example, that to stabilize CO2 levels at around 500 parts per million (compared to the present level of about 390 ppm), the IPCC scenarios assume that 57 to 96 percent of the total carbon removed from the energy supply over the coming century would occur spontaneously.

"According to the IPCC report, the majority of the emission reductions required to stabilize CO2 concentrations are assumed to occur automatically," says Pielke. "Not only is this reduction unlikely to happen under current policies, but we are moving in the opposite direction right now. We believe these kinds of assumptions in the analysis blind us to reality and could potentially distort our ability to develop effective policies." 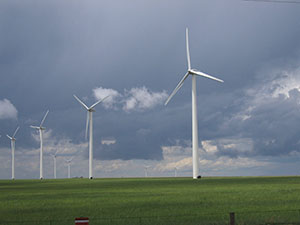 Stabilization of atmospheric concentrations of CO2 and other greenhouse gases was the primary objective of the 1992 United Nations Framework Convention on Climate Change approved by almost all countries, including the United States, notes co-author Tom Wigley of NCAR.

"Stabilization is a more daunting challenge than many realize and requires a radical 'decarbonization' of energy systems," Wigley says. "Global energy demand is projected to grow rapidly, and these huge new demands must be met by largely carbon-neutral energy sources--sources that either do not use fossil fuels or that capture and store any emitted CO2."

Unlike the IPCC assumptions of large future "spontaneous" technological innovations, the Nature commentary authors began with a set of "frozen technology" scenarios as baselines--scenarios in which energy-consuming and energy-producing technologies are assumed to stay at present levels.

"With a frozen technology approach, the full scope of the carbon-neutral technology challenge is placed into clear view," says co-author Christopher Green of McGill University.

"In the end, our message should be viewed optimistically rather than pessimistically," Pielke notes, "because it is only with a clear-eyed view of the mitigation challenge that we can ever hope to adopt effective policies. We hope that our analysis is one step toward such a clear-eyed view."