Volunteers across nation to track climate clues in spring flowers

BOULDER—A nationwide initiative starting tomorrow will enable volunteers to track climate change by observing the timing of flowers and foliage. Project BudBurst, operated by the University Corporation for Atmospheric Research (UCAR) and a team of partners, allows students, gardeners, and other citizen scientists in every state to enter their observations into an online database that will give researchers a detailed picture of our warming climate. 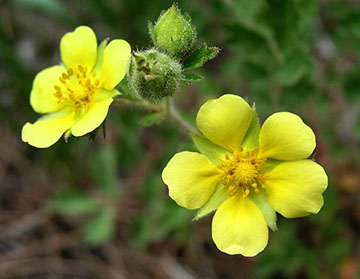 The project will operate year round so that early- and late-blooming species in different parts of the country can be monitored throughout their life cycles. Project BudBurst builds on a pilot program carried out last spring, when several thousand participants recorded the timing of the leafing and flowering of hundreds of plant species in 26 states.

The Chicago Botanic Garden and University of Montana are collaborators on Project BudBurst, which was funded with a grant from the U.S. Bureau of Land Management and the National Fish and Wildlife Foundation. The project is also supported by the National Science Foundation and Windows to the Universe, a UCAR-based Web site that will host the project online as part of its citizen science efforts.

"Climate change may be affecting our backyards and communities in ways that we don't even notice," says project coordinator Sandra Henderson of UCAR's Office of Education and Outreach. "Project BudBurst is designed to help both adults and children understand the changing relationship among climate, seasons, and plants, while giving the participants the tools to communicate their observations to others. Based on the success of last year's pilot program, this project is capturing the public's imagination in a way we never expected."

"Project BudBurst provides an exciting opportunity for the public, particularly children, to contribute to scientific research on the effects of global climate change on plants," adds Kayri Havens, a senior scientist with the Chicago Botanic Garden. 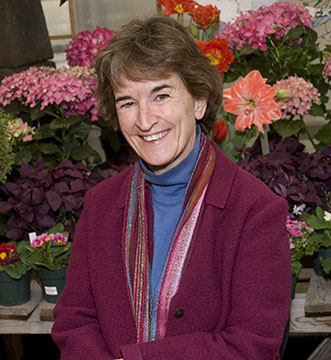 How the project works

Each participant in Project BudBurst selects one or more plants to observe. The project Web site suggests more than 60 widely distributed trees and flowers, with information on each. Users can add their own choices.

Participants begin checking their plants at least a week prior to the average date of budburst—the point when the buds have opened and leaves are visible. After budburst, participants continue to observe the tree or flower for later events, such as the first leaf, first flower and, eventually, seed dispersal. When participants submit their records online, they can view maps of these phenological events across the United States.

The science of phenology, or tracking cyclic behavior among plants and animals, has a distinguished history. In Japan and China, for example, the blossoming of cherry and peach trees is associated with ancient festivals, some of which extend back more than a thousand years. Cherry trees in Japan now bloom four days earlier than in the 1950s, according to the nation's meteorological agency.

Numerous plant and animal species throughout the world are being affected by climate change. Some plants respond to warmer temperatures by extending their growing seasons. Others shift their ranges toward the poles or to higher elevations.

At the same time, many insects breed and disperse based on regular cycles of sunlight rather than temperature. This can cause a mismatch between the behavior of pollinating insects, such as bees, and flowers that bloom earlier than the insects expect. Such asynchronous behavior has already been noted across many parts of the world.

Along with the partners noted above, Project BudBurst collaborators include the Plant Conservation Alliance; USA-National Phenology Network; and the universities of Arizona; California, Santa Barbara; Wisconsin-Milwaukee; and Wisconsin-Madison.