BOULDER, Colo. — Martyn Clark, senior scientist at the National Center for Atmospheric Research (NCAR), will be honored next week as a Fellow of the American Geophysical Union (AGU) for his exceptional contribution to Earth science.

Clark is an expert in the numerical modeling and prediction of hydrologic processes. His current research includes developing new modeling methods to improve streamflow forecasts and better understand climate change impacts on regional water resources. Clark, who grew up in Christchurch, New Zealand, has authored or co-authored 135 journal articles since receiving his Ph.D. from the University of Colorado in 1998. 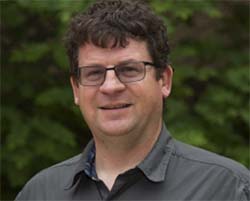 Clark said he was delighted to see NCAR's hydrologic modeling recognized. "Hydrology is beginning to play a much stronger role in addressing important interdisciplinary science questions about Earth System change, such as how changes in the terrestrial water cycle affect biological productivity and how groundwater can buffer water stress in ecosystems and human societies. It's exciting to advance modeling capabilities in these areas." 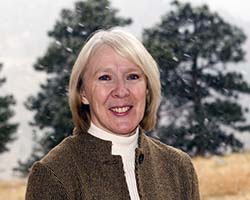 Clark is among 60 individuals from eight countries recognized as Fellows this year; only one in one thousand AGU members receive this recognition in any given year. Nearly 40 percent of this year's fellows are from the 110 member colleges and universities of the University Corporation for Atmospheric Research (UCAR), which manages NCAR. This year's class will be honored next Wednesday at the 2016 AGU Fall Meeting in San Francisco.

NCAR Senior Scientist Bette Otto-Bliesner, who was named an AGU Fellow last year, is being honored by her peers in the Paleoceanography and Paleoclimatology Focus Group and Ocean Sciences Section by being asked to give the 2016 Emiliani Lecture. She will give the lecture next Wednesday at the AGU Fall Meeting on the topic of "Resolving Some Puzzles of Climate Evolution Since the Last Glacial Maximum: A Melding of Paleoclimate Modeling and Data."

The AGU, dedicated to advancing Earth and space sciences for the benefit of society, is a not-for-profit, professional organization representing 60,000 members in more than 140 countries.