February 27, 2018 | As diversity becomes an increasingly important focus in the geosciences, the University Corporation for Atmospheric Research (UCAR) is providing critical support to a nationwide group of pilot projects that use innovative approaches to make the field more inclusive.

Geoscience Opportunities for Leadership in Diversity (GOLD) is a set of five projects, each of which takes a distinctly different approach to broadening participation by people of color, people with disabilities, women, and others who have been traditionally underrepresented in the geosciences. It focuses on developing leadership. The National Science Foundation developed GOLD in 2016 as part of a broad-based initiative to make the geosciences more diverse and inclusive.

"There is strength to bringing a diverse group together to generate new ideas," said Brandon Jones, the NSF program director overseeing GOLD. "Equitable input from a diverse group can yield a variety of solutions to address multiple challenges."

The GOLD projects, each funded for up to three years, focus on professional development to empower a broad range of both majority and underrepresented professionals with the skills needed for sustained improvements in the areas of diversity and inclusion. The target groups include early career scientists and faculty, those in senior leadership positions, and researchers on field projects, among others.

"The great thing about GOLD is that the pilot projects each take a very different approach," said Carolyn Brinkworth, UCAR's chief diversity, equity, and inclusion officer. "Achieving diversity in a systemic way requires a network of projects that support one another while helping us better understand what works and what doesn't." 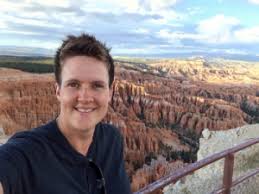 At a time of growing concern about the lack of diversity in the geosciences as well as increased reports of sexual harassment in workplaces in general, Brinkworth said there is widespread support across the research community for GOLD's objectives.

"One of the encouraging things is there's a huge community of people working together to increase diversity and inclusion in the geosciences," Brinkworth said. "GOLD is helping to elevate the discussion to a higher level and will hopefully generate gains in diversity that can be sustained over a period of time."

Generating new ideas with outside experts

The GOLD program was conceived in 2016 as part of a suite of NSF initiatives focusing on increasing diversity and inclusion in the fields of science, technology, engineering, and mathematics, or STEM.

To develop the best approaches for increasing diversity in the geosciences, NSF launched a relatively new funding mechanism called an "ideas lab" in March 2016. This intensive workshop brought together about 30 geoscientists, social scientists, and experts in change management to brainstorm multifaceted ways to foster a more inclusive atmosphere on multiple levels throughout the geosciences. The five resulting programs grew out of that lab, with each representing collaborations between institutions and teams comprised of geoscientists, broadening participation specialists, and social scientists.

"One key component to the success of the ideas lab was having social scientists and change management experts on equal footing with the geoscience practitioners," said Jones. "This is important for understanding cultural hurdles, like inherent biases, that have to be overcome to create an inclusive environment."

The five pilot projects are:

Each project has three to eight principal investigators from universities, UCAR, or other science or specialized training organizations.

"The success of the programs will come from creating a large network of people with the skills and confidence to be leaders in broadening participation," said Rebecca Batchelor, a principal investigator of the Sparks for Change project and director of UCAR's SOARS (Significant Opportunities in Atmospheric Research and Science) program. "The goal is to develop both the next generation of geoscience leaders as well as a high number of champions for diversity."

The projects, which have funding through 2019, will be evaluated carefully during the next year, Brinkworth said.

"We don't know the extent to which they have changed behavior yet, but we will be measuring this closely," she said. "There are going to be some great lessons learned from this."

On the web
Geoscience Opportunities for Leadership in Diversity

A Sparks for Change workshop at UCAR in September 2017 drew about 30 participants. (Photo by Kendra Greb.)