BOULDER—As the city of New Orleans struggles to rebuild from the devastation of Hurricane Katrina, researchers are learning more about weather and climate and their impacts on society. Scientists from the National Center for Atmospheric Research (NCAR) and many other institutions will converge in New Orleans next week to present their latest findings at the annual meeting of the American Meteorological Society. 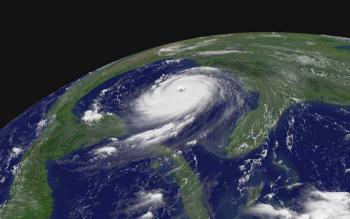 NCAR researchers will discuss connections between hurricanes and climate and the influence of climate change on precipitation and drought. They will also look at the economic value of weather forecasting and the impact of severe weather on rocket launches and aviation. In all, researchers from NCAR and the University Corporation for Atmospheric Research (UCAR) will present more than 100 papers and posters.

Reporters who are interested in the new research but not attending the meeting can call the NCAR/UCAR media office to schedule an interview with a scientist.

Following are some key NCAR presentations at next week's meeting. Much of this research is funded by the National Science Foundation, which is NCAR's primary sponsor, as well as by NASA, the Department of Energy, the Federal Aviation Administration, and other agencies.

The past two years have seen a burst of research on the relationships between hurricanes and climate, especially for storms in the North Atlantic. While much work has focused on how human-induced climate change affects hurricanes, less is known about how hurricanes affect climate. Scientists are working to better quantify the roles of natural and human-related factors in shaping hurricanes. This talk is aimed at generating discussion and ideas on how best to advance such research.

After an Atlas-Centaur rocket triggered lightning and had to be destroyed in 1987, NASA's Kennedy Space Center instituted a set of very conservative criteria to avoid the potential of lightning strikes. In a 2000-2001 field program conducted near the center, a team of scientists from NCAR, NASA, and several universities studied thunderstorm anvils and debris clouds near the space center. Each scrubbed launch can cost as much as $1 million, and one of the goals of the study was to determine if the criteria could be changed. The study found that electric fields outside of either thunderstorm anvils or debris clouds were too weak to trigger lightning. As a result, the team of scientists is helping NASA develop new criteria to reduce the no-go margin around thunderstorm anvils and debris clouds from five nautical miles down to three nautical miles. If approved, the new criteria should reduce the number of launch delays and the associated expense while maintaining safety.

Earth's climate underwent a major shift in the mid-1970s, as global temperatures began a warming trend that continues today. The largest changes were centered in and near the Pacific Ocean. Scientists have debated for years whether the shift in the Pacific was due to increasing greenhouse gases, natural climate variability, or some mix of the two. According to a new set of climate simulations, increased emissions from fossil fuel burning set the stage for the climate shift in the 1960s, but natural variations delayed it until the 1970s.

"The mid-1970s climate shift in the Pacific and the relative roles of forced versus inherent decadal variability"
Gerald Meehl, January 23, 4:00 p.m.

One aspect of the 1970s global climate shift was a change in the Asian summer monsoon, which brings life-giving moisture to a third of the world's population. The shift pushed the jet stream's typical summer position over East Asia southward, which has led to more flooding in southern China and more drought in northern China. New computer modeling links the post-1970s rearrangement in Chinese rainfall patterns to the global increase in greenhouse gases and aerosols as well as to warm tropical oceans.

Accurate and timely weather predictions are vital to everyday life. Yet few studies have examined exactly how people use weather forecasts and how much value they place on them. In a national survey of more than 1,500 U.S. households, respondents indicated that they consult weather forecasts an average of 115 times per month, which extrapolates to more than 300 billion U.S. forecasts accessed per year. Related work found that these forecasts generate a median value of $285 per household per year, or about $32 billion nationwide. These results highlight the need for a well-designed, well-executed, ongoing effort to determine how people obtain, use, and think about weather forecasts.

Uncertainty has been quantified in U.S. weather forecasts since the 1960s, when precipitation probabilities were introduced (for example, an 80 percent chance of rain"). Meteorologists can now characterize many other types of uncertainty in both numerical and nonnumerical terms, but it's unclear how much of this information the public wants or needs and how best to convey it. An NCAR research team asked more than 1,500 U.S. households how confident they are in weather forecasts, how they interpret forecasts that quantify uncertainty, and how much they prefer such forecasts over those that omit uncertainty (for example, "rain tonight"). Most respondents prefer to have chances of precipitation expressed in percentages rather than odds ("a 1 in 4 chance of rain"), although only 19 percent identified the correct meaning of the phrase "a 60 percent chance of rain." Nearly all respondents interpret a specific temperature forecast (75 degrees Fahrenheit) as actually denoting a range around that value (73- 77 degrees F).

Many pilots avoid treacherous winter weather with the help of NCAR's Current and Forecast Icing Products (CIP and FIP). These tools use observations and computer models to paint a three-dimensional picture of current and future cloud layers across the country, including those that might cause aircraft icing. Verifying the skill of the tools that determine cloud information has been difficult, since no single instrument can detect and measure multiple cloud layers in three dimensions. CloudSat, launched in 2006 as part of a series of NASA satellites, includes a radar that maps the top and bottom of most cloud layers beneath it. With CloudSat data, NCAR scientists have found that the CIP and FIP tend to overpredict the thickness of low clouds by making those cloud tops too high. Work is now under way to correct this bias, which could help reduce the number of flights rerouted due to icing risk.

Some studies have pointed to an increase in the total worldwide runoff of water from land to ocean over the last century, yet there are many gaps in the global record. New NCAR research, which contradicts prior work, shows that the total discharge of water from land to the world's oceans has actually decreased since 1949. Among the world's major ocean basins, only the Arctic shows an increase, possibly due to the melting of snow cover and soil-bound ice or a decrease in evaporation. In the other basins, the NCAR analysis suggests that runoff is decreasing mainly because of more widespread drought and other changes in precipitation.